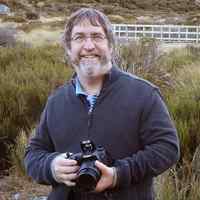 Since 2006, Professor Bryan Karney has served as Chair, Division of Environmental Engineering and Energy Systems. In 2009, Professor Karney became Associate Dean, Cross-Disciplinary Programs, providing leadership to the Cross-Disciplinary Programs Office. In 2012 his appointment was extended to June 30, 2015. He is a professor in the Environmental Section of the Department of Civil Engineering.

Professor Karney’s research interests reside in the design, analysis, operation and optimization of various water resource and energy systems. He specializes in the design and analysis of water distribution systems, with interests in infrastructure renewal, transient and water hammer analysis and system optimization. Professor Karney also studies the implication of climate change to system design and performance, and particularly energy use. He has written or co-written several hundred journal papers and articles. Dr. Karney and his students received the American Water Works Association’s (AWWA) award for the Best Engineering and Construction Publication Article for 2008, the Steven’s award for best discussion in the Journal of Hydraulic Engineering in 2014 and Best Paper award at the 2014 American Society for Mechanical Engineering conference on Pipelines in Calgary .

Dr. Karney’s book Comprehensive Water Distribution Systems Analysis Handbooks for Engineers and Planners was published in 2006. Current Affairs: Perspectives on Electricity Policy for Ontario (2010), co-edited by Karney, Doug Reeve and Donald Dewees, was a finalist for the Speaker Book Prize in Ontario 2013.

Along with his passion for research, Professor Karney has a passion for teaching and lecturing. He received the Faculty Teaching Award in 2001-2002, and was a finalist in Television Ontario’s (TVO) Best Lecturer Competition in 2008, and 2009 received the Northrop Frye award for excellence in combining teaching and research.

Outside of the Faculty and University, Professor Karney provides his expertise as a consultant for several projects including inverse transient analysis of Toronto and Peel Region, hydraulic analysis of Western Beaches Project, hydraulic review of Pearson International Airport jet fuel distribution system, and many others. Professor Karney served as an Associate Editor of the Journal of Hydraulic Engineering (American Society of Civil Engineers), from 1991 to 2005, and is currently an Associate Editor for the Journal of Hydraulic Research (International Association for Hydro-Environment Engineering and Research).